The Blackberry Librarian: 3 Do’s and Dont’s 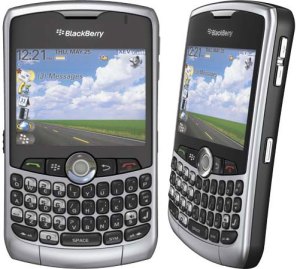 About 4 months ago, I was faced with a decision.

My cell phone contract was up.  Was I to go with Verizon, the company that I had been with for 4 years?  The plus side was that 98% of my friends and family used Verizon.  That means free calls and texts.  The negative side was that Verizon does not have the IPhone.

I chose Verizon for two more years, and I went for the Blackberry Curve 8330.

Sort of a bad decision.  Sure, I do enjoy the free calls and texts, but the main reason for getting the Blackberry was to allow me to stay more connect to the library world.  Instead, I find myself frustrated every time I use my Blackberry.  A majority of the apps are pitiful, the web browsing is slow, and the interface feels so outdated.

But in my 4 months, I’ve come away with some knowledge and I’d like to pass that on to the Blackberry Librarians that are out there.

3 Do’s for the Blackberry Librarian

Google Mobile: One of my favorite apps.  Not only do you get GMail, but you also get a neat Google Search option, Google Maps, and access to Google Reader.  All of apps work really well.  Reader has some kinks that need to be worked out but it loads articles rather quickly.  Google Sync also allows you to synchronize your GMail address book with you contacts on your Blackberry.  Fab!

UberTwitter: I tried a few other Twitter apps and this was the best.  An easy to navigate interface is its key feature.  It allows me to keep in touch with other librarians on Twitter while I’m on the road with great ease.

Opera Mini: The standard Blackberry browser is HORRIBLE.  Not only is it slow but pages are never loaded properly and all you end up doing is scrolling to get to what you actually want.  Opera Mini solves the problem.  Web pages load quicker and you don’t have to scroll forever.

3 Dont’s for the Blackberry Librarian

Facebook app: If your idea of fun is wanting to throw your Blackberry through a window because you’re so frustrated with it, download this app.  You will get nothing out of using the Facebook app for the Blackerry.  It is slow, frustrating, and never really does what you want it to do.  Basically, it’s a gloried app for updating your status and adding pictures to your Mobile Photos album.  Instead, use Opera Mini and get to the Facebook through that.  You’ll be happy

Blackberry App World: You know those really cool IPhone commercials where they show off all those rad apps?  Yeah, you won’t get any of those here.  Instead, you’ll get a bunch of really poor free apps and a lot overpriced apps that are not worth a dollar.  The setup is hard to navigate and there’s really no easy way to narrow down your search for a specific type of app.  Instead, you’re faced with the hassle of going through a lot of junk before you find what you want.

The Blackberry OS: In a world where we have things like Firefox, Google Chrome, and IPhones, the Blackberry OS reminds me a whole lot of Windows 95.  It feels antiquated, clunky, and it is not user friendly at all.