Yesterday, my family purchased the new Jeff Lynne album Long Wave as well as his album of remade Electric Light Orchestra (ELO) songs titled Mr. Blue Sky.  My wife Haley and I spent the first few years together listening to nothing but Jeff Lynne and ELO so this release day was pretty special to us.  In fact, on one of our trips from Pennsylvania to Maine we listened to every ELO song and rated them.  At the end of that project, we compiled a Best of ELO playlist (which I hope I can find and share soon…we wrote it down in a notebook, long before Spotify!) 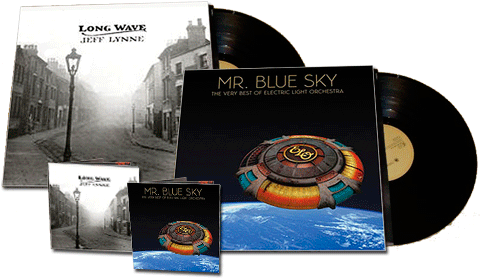 Today, I took those CD’s and ripped them to iTunes.  The files automatically synced to my Dropbox folder. The next step was firing up the music.  My Last.Fm scrobbler started up and let the world know that I was diggin’ these new albums.  Then I synced them to my Google Music account so that my wife (back at home working her butt off raising our two awesome boys) could listen to them with our Google TV at home.  Once that was done, I clicked share on my favorite Jeff Lynne track from Long Wave and shared that YouTube video on Google+ (which you can learn about here). And last but not least, I manually put them on my trusty old 80GB classic iPod which I carry around everywhere.

The point of this post?  When combined, technology and music can do some really awesome things.  I love being able to listen to, share, and backup my music with just a few simple clicks.  The best part of this?  It’s just going to keep on getting better.